Smart features like LED lighting have been installed to ensure no shadows appear on the fields and courts, while 2000 recycled plastic bollards have been used as barriers to car zones. There will be about 600 car park available. 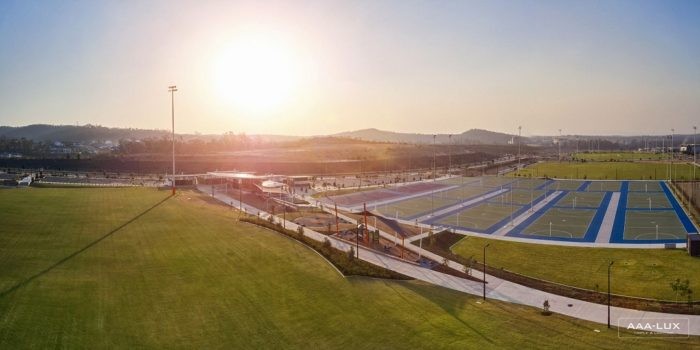