New technologies and philosophies are coming to light every single day. AAA-LUX always considers those that revolve around LED technology. This open-minded approach has enabled AAA-LUX to introduce better LED floodlights that provide superior quality illumination. As a result fewer AAA-LUX LED luminaires are required to achieve similar or better illumination than convention luminaires would achieve.

The debate about LED floodlights has, for a long time, revolved around their ability to generate significant energy savings. This debate was taken to another level when AAA-LUX introduced its LED alternative for the 2.2 kW conventional luminaires. It was the first time that an LED became a viable alternative to conventional luminaires to illuminate large areas. AAA-LUX has now taken this debate to another level by developing luminaires which produce illumination that is that intense and uniform that it outdoes what is being produced by the conventional luminaire. As a result AAA-LUX enables installers to install fewer luminaires to match, or even outdo, the illumination that was provided by the conventional luminaire. “The improvement of our LED floodlights allows AAA-LUX, for instance, to illuminate a double tennis court by using only 4 luminaires,” Michel van Dooren points out. “A recent installation at TV Skinlo in the Netherlands proved that 440 lux can be achieved with a uniformity of 0,78. In order to produce the 300 lux that is required according to the norm, the AAA-LUX LED luminaires at TV Skinlo have been dimmed to only 1,000 Watt,” he adds.

For more information about our AAA-LUX LED technology for sports lighting, please get in contact with the team of AAA-LUX. Send us an email at info@aaa-lux-lighting.com or give us a call +31 (0)40 78 202 78. 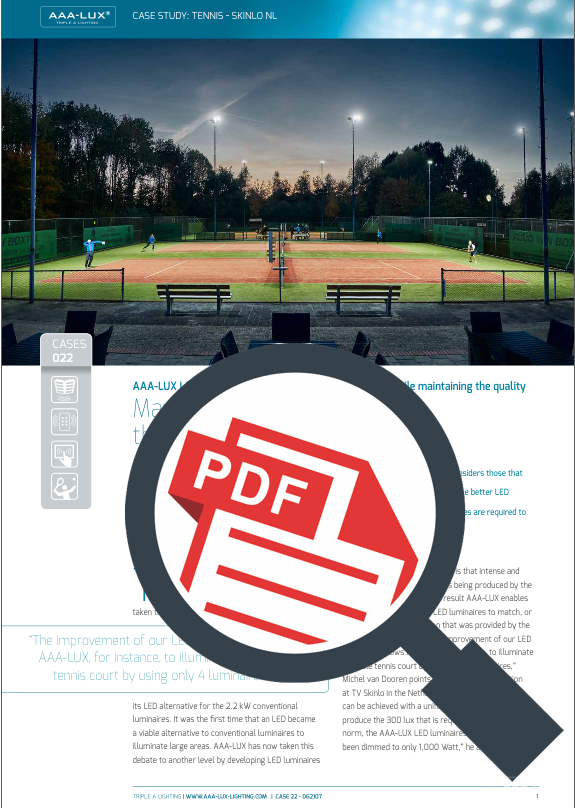 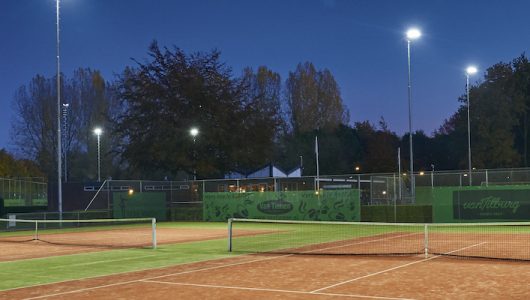 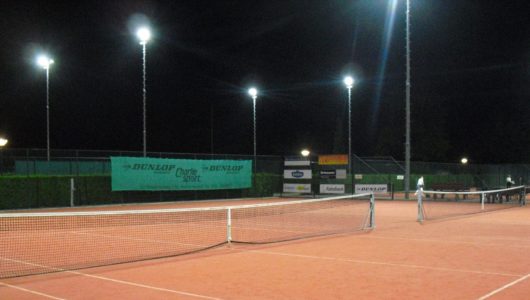